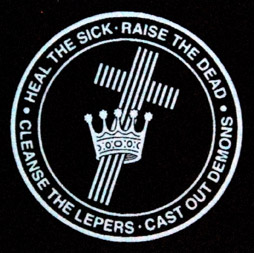 Sally Ann (Sawtelle) Beeman was born in Melrose Massachusetts in 1934.

Her love for God was a constant throughout her lifetime and she was grateful to be introduced to Christian Science when she was 13.  She soon discovered a talent and passion for art and joined the high school art club. She also discovered the Boston Red Sox and eagerly listened to them on the radio as a youngster. She is fully anticipating a series win for them this year!  In 1954 she married her Sunday School sweetheart, David Eldridge Rogers. They had 3 children, Cynthia Hutchinson, Peter Rogers and Bethany Taylor. They moved to Hamden Connecticut in 1964 where they became active members of First Church of Christ, Scientist in New Haven and Sally joined the Mount Carmel Art Association.  Sally was widowed in 1976 and soon became an executive secretary while furthering her education at Post University. She ended her secretarial career with Herb Newman’s architectural firm shortly after marrying Robert Leroy Beeman in 1986. She joined the Guilford Christian Science church where she thoroughly enjoyed reading the bible for 3 years during their Sunday services. Sally was incredibly generous and shared her many gifts with all whom she came in contact.  She hosted a dinner each week where 2 new recipes were tried and games were played, all were welcomed.  She was often heard saying,   “I get my kicks doing recipe picks”.

Her greatest love besides God is family.  She leaves her brother, Herbert Chase Sawtelle III, her 3 children and their spouses, Siobhan Rogers and Vance Taylor along with 7 grandchildren and their spouses, Justin Rogers, Cherylyn and Christopher Lockery, Laura and Daniel Raywood, Abigail and Darrell Smith, Colleen Rogers, Larkin Rogers and Joshua Stokes, and 3 great grandchildren, Angelina and Caroline Lockery, and Addison Smith. She also leaves her 4 stepsons and their spouses, Robert and Sara Beeman Jr., Jeffrey and Mary Beeman, Allen and Leslie Beeman and Kenneth Beeman, along with their children, Derek, Brian, Greg, Schuyler, Bernadette, Mitchell and Samantha Beeman.

As she continues her journey, she would want you to find joy and comfort in her favorite hymn: “From sense to Soul my pathway lies before me. From mist and shadow into Truth’s clear day.  The dawn of all things real is breaking o’er me, my heart is singing, I have found the way.”

There will be a small gathering of the family to celebrate her life. Gleeson-Ryan Funeral Home, 258 Prospect St., Torrington, is in care of arrangements.

Any gifts in her memory will be lovingly accepted at: First Church of Christ, Scientist, 49 Park St., Guilford, CT. 06437.

To send flowers to the family or plant a tree in memory of Sally Ann (Sawtelle) Beeman, please visit our floral store.