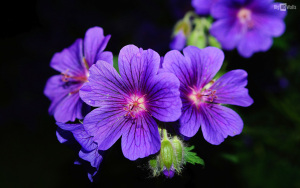 Harwinton- Julia A. Boulanger, 93, passed away Thursday, April 18, 2019 at Charlotte Hungerford Hospital, Torrington. She was the beloved wife of the late Nelson E. Boulanger, Sr.

Mrs. Boulanger was born in Watertown on June 12, 1925, daughter of the late Carl and Cora (Wilkinson) Pike, and had resided in Waterbury most of her life, before moving to Harwinton 11 years ago. She was a devoted mother, grandmother, and great-grandmother, who enjoyed spending time with her family.

Services and burial in Mt. Olivet Cemetery, Watertown, will be private. Gleeson-Ryan Funeral Home, 258 Prospect St., Torrington, is in care of arrangements.

At the request of the family, in lieu of flowers, memorial contributions may be made to the American Cancer Society, P.O. Box 22478, Oklahoma City, OK 73123.